2017 Nissan Juke ,  Customer Required One additional smart Key adding.  Even adding a new key can have many pitfalls on some cars. Some models of Nissan Qashqai & Juke have Issues with some BCM that if you attempt to add a new key ,  the Module will fail and lock the BCM.

This will lock the vehicles immobiliser system and the car will not start. This is a design issue with the BCM and Nissan are fully awear of the issue. It only becomes a problem if  you try to add new keys.  On this example the BCM was of the later Hardware design and a new key was added successfully with out drama.

Mercedes E class 2017 (W213) active cruise control and brake assist fault.  Found wiring damage to  the Radar unit from a prevoius body repair  at some stage in its early life.

Don,t see Many Honda's in the workshop generally speaking.  This 2016 CR-V was just in for additional Remote Key, also had 2017 Vauxhall Mokka was in for additional key. Both Keys supplied , cut and programmed on the day.

Lovely Colour and quite rare 2016 Porsche Macan S in for Annual Service and MOT . 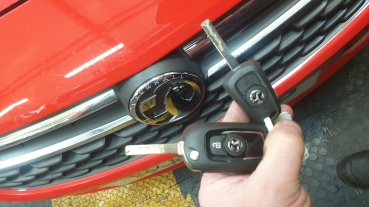 2018 Vaxuhall Astra K , we supplied , cut and programmed one new additional key considerable cheaper and quicker than the dealer

BMW 435D 2016 was suffering from power loss, uneven idle when the engine was cold and the engine MIL was on.

After completing various test plans and measure plans, all evidence was pointing towards airflow error and swirl flaps not functioning correct. I needed to remove the inlet manifold to investigate further.

My diagnosis was correct as you can see the inlet manifold was suffering from heavy carbon deposits and the swirl flaps were jammed closed.

The manifold and inlet ports were cleaned and all put back together.

The car was updated to the latest “ i level “ .

When we do Timing belt Replacement’s we have one simple rule. It is either done with Genuine OEM Parts , and to the manufactures specification and requirements or it’s not going to be done by us.

Every component , nut, bolt & stud is replaced. Do it once do it right.

It’s not the cheapest method , but engines don’t come cheap either if the belt fails.

This example is how even pro-claimed specialist can sometimes get there diagnosis incorrect, But WHY should the customer pay for the error ?

This was just another typical job I managed to squeeze in , just before we closed for the festive Break. The car In question was a very low Mileage 2014 Citreon C3 Picasso 1.6HDi  that had one day just cut out , then failed to restart.

It had been recovered to a specialist who carried out there diagnosis over a few days. The conclusion was not good. The decision they had reached was it needed a New Engine Control unit and quoted £2000………….

But the best bit was they said they cannot guarantee it would fix the problem. (SHOCK).

The customer lacked confidence with them and there diagnosis, which you can fully understand.

Anyway I digress , I took the job on and started from scratch and performed tried and tested diagnostic processes. I quickly identified there was a issue with the crank position sensor and the cam shaft synchronisation period.

The True cause of the failure was found , the crank shaft pulley had broken up and the metal pieces had damaged the crank sensor. The damaged parts and a complete Timing belt kit were installed job done. 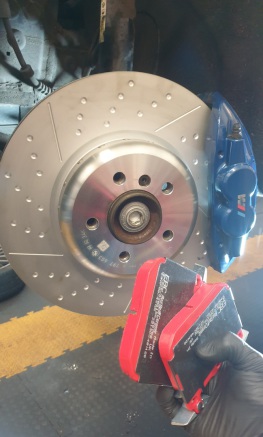 2014 Seat Leon Cupra 276 bhp standard Tune,  in for Nice Stage 1 upgrade. The EA 888 powertrain is very strong and very Tunable. Some Nice Gains to be had and still well inside safe limits. 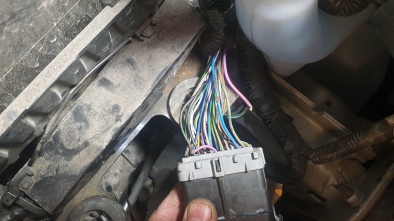 Logical path, well-proven test methods and checking procedures that helps to pin point and trace the failure or fault.  This is our typical working day.

No unnecessary parts fitted, no guess work, no time wasted

It’s funny how sometimes you don,t do a particular task or repair for ages then you get two of the same job in the same day. Mercedes W164 and W205 in for 7 G-tronic gearbox maintenance.

Very important service item that often gets over looked 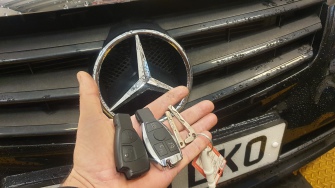 Mercedes Benz keys have for many years been a difficult task when it comes to adding additional or new keys .

You can order keys direct From the dealer , but this can be a very time consuming  process also very expensive.

This car was a 2011 Mercedes A class, a dealer-supplied key would have been over £300 to purchase.

We are able to supply and make a replacement Key with the same key data that is embedded in the cars immobiliser system (EIS).

In most cases the key is completed within a working day and typical cost from £155.00 Result is one happy customer,  also the car is back on the road with two working keys. 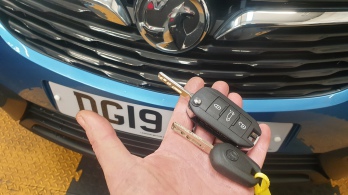 2019 Vauxhall Crossland , we supplied O/E remote key and Cut the blade. Then Programmed the key to the cars Immobiliser system.

These newer Vauxhall Models are Cross platform from PSA. This is basically a Peugoet 2008 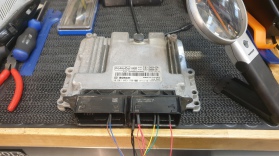 This Van had been to the Ford dealer and another independent garage both tried to remove the limiter and failed. Stating it cannot be done.

YES, it can if you know how too, and have the correct equipment and knowledge.

The car in question was quite high on the miles over 150K. Logical test method quickly proved the injectors had done there work and needed replacing.  Genuine o/e injectors are the only way to ensure correct running and fuel control.

Car fixed and now ready for the next 150K upcoming miles ?

The Bosch PD system fitted to most of the VAG PD engine range from 1999 to 2010 , is without doubt one of the most robust and reliable diesel fuel systems ever used on passenger cars. It was phased out by 2010 for the more convertional common rail fuel systems.

Also service History and records uploaded to BMW server and the service History also upload to the cars digital service book.  This ensures the manufactures warranty is still in compliance and good.

BMW 1 Series 2018 , in for its first service & inspection. All genuine BMW parts fitted. 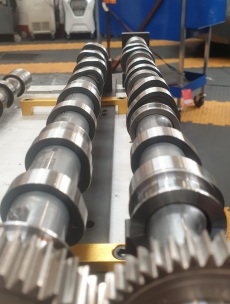 Again using proven test methods, knowledge & understanding, i was able to prove this was the cause. 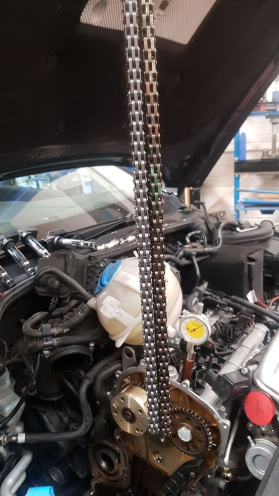 well have a look for yourself. 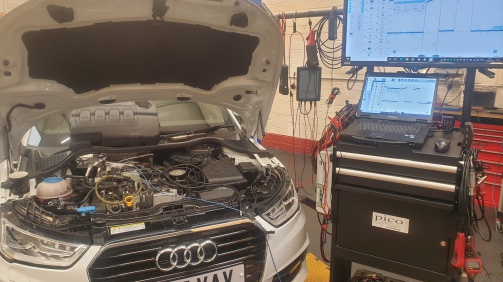 In-depth Fault finding and correct test measures , found the Turbo fault on this 2016 Audi A1 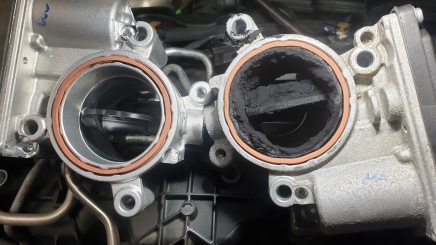 This is the effect of aggressive EGR mapping. 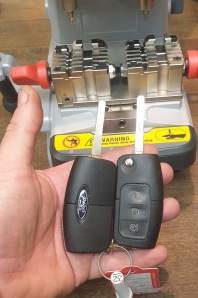 Supplied , Cut and programmed to the car within  a 1hr. 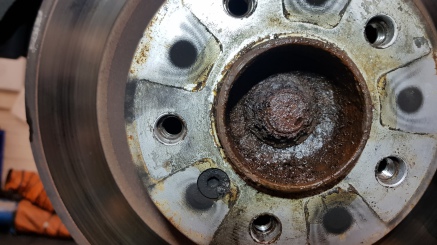 There should be a 32mm sized Hub nut in the centre of the picture.

The nut seems to be missing and is down to :

or has we know it

Using The latest Ford ETIS / FRDS software to update engine PCM with a vitial update to fix on going running concern. Never mind how many parts you fit , without this software fix you are not going to fix the problem

Unbelievably this Beautiful Fiat 500 Abarth 595 Competizione had been elsewhere prior to booking in with us.  The customer explained the previous company said they had tried to remap the ECU but could not get access into the ECU.  No kidding

Quite clearly, they have no experience or skill on working on ECU’s that require BDM / boot mode of connectivity. On this occasion, I was able to repair the ECU casing, successfully remap, and upload stage 2 performance Tune.

There are lots who claim to be specialists but very few that actually are.  I could go out tomorrow and buy a top of the range grand piano , does that now make me a pianist  overnight.

The HOT summer months are here. We can service and repair your A/C system so its working correct all year round. 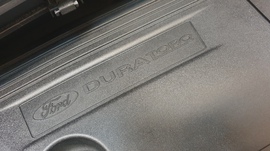 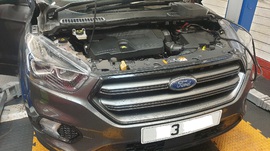 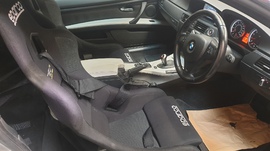 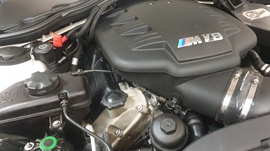 BMW E92 M3 in for advanced level of Coding. Full Race Seats and harness have been installed; this creates faults within the Airbag system. Using specialist engineering software we could recode the MRS system so the Missing items are no longer a problem. The airbag system becomes active again with no faults or warning lights or messages. 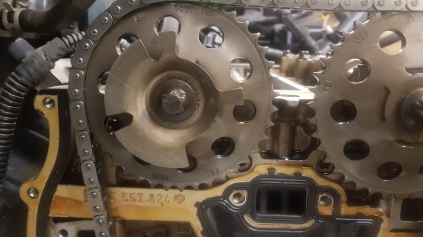 They say that great comedy is all about the timing. Well engines are the same they run great when the timing is correct. There are lots comedians out there that have bad timing……. 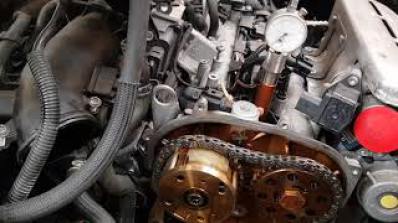 Look at the slackness in the chain Between the Two gears.... 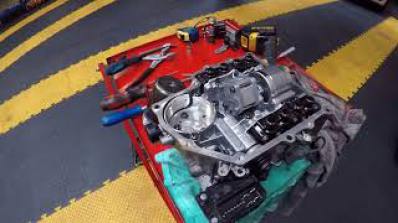 Mechatronic Failure for both mechancial and electronic faults are quite common. 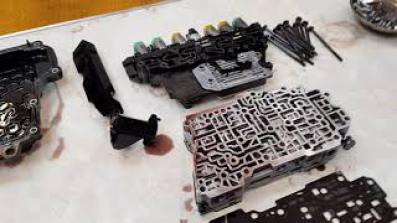 Keeping clean during strip and 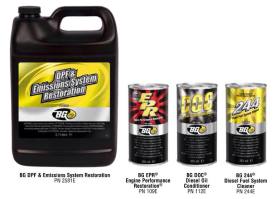 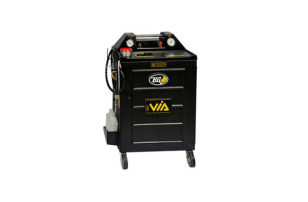 99% of the time a DPF filter that has become overloaded or blocked is just the symptom.

Its is not the cause.

With specialist cleaning & fluids, most DPF filters can be recovered on the vehicle.

There will always be extreme cases where cleaning on the car is not going to work.

But the important bit is find out why the filter has become blocked.

Cleaning or replacing  the DPF is not finding the true cause. It will be a very short-term fix and the car  will be back again with the DPF filter overloaded again soon. 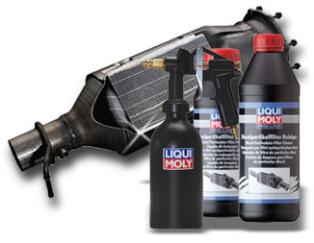 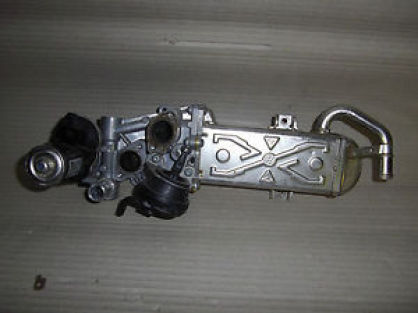 Caution There are lots of offers and companies on the internet offering Remapping with EGR off to fix the problem.

Yes it may hide the Issue with the EGR system , but remapping it off on this engine will create Bigger problems with the DPF system. 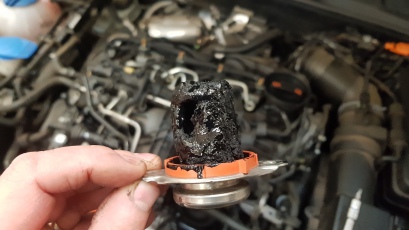 This car had already been fitted with Two EGR valves , by other garages , prior to being booked in for correct diagnosis and repair.

If anyone tells You  " the computer says it needs this part " get your keys quick and leave. Make appointment with us . It could save you many £££. 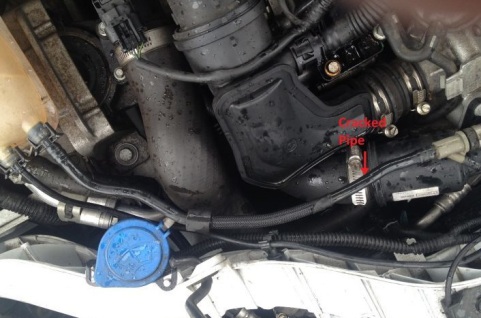 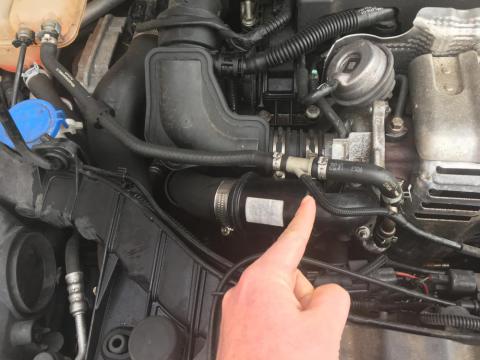 Ford Focus 2011.75 on 1.0L Ecoboost This the Improved Part Rubber type hose. Make Sure Your car Has this fitted. Could save you ££££

This example is how lucky this customer was. Audi A4  2.5 TDi arrived at the workshop running very rough and making a awful noise from around the timing belt area. After close inspection you can see the main roller bearing idler had failed and collapsed.

This caused the Timing belt to loose tension and jump the valve timing.

By sheer luck it had not jumped enough to cause any major engine damage due piston / valve contact. 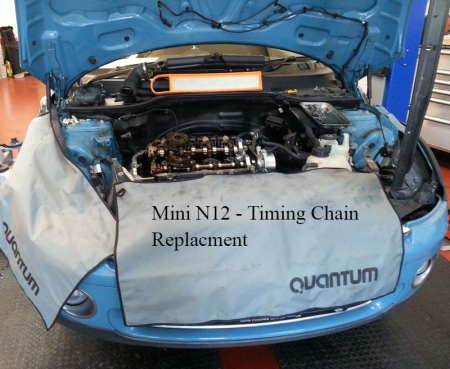 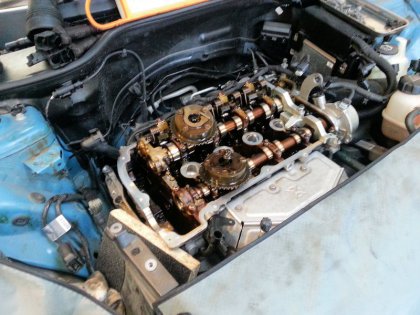