We are pleased to Announce, we have been accredited By Ford Motor Company this allows us access to the latest Ford Diagnostic Platform FDRS & GFDS.

This will allow us to perform High level security programming to Ford PATS system, as well as the other factory tool features that you would expect , PMI , Flash programming , As-build data and CCC / CCF coding....

The concept behind Component Protection is to prevent the theft of VW, Audi, SEAT, and Skoda vehicles for their increasingly expensive components.

The new Diagnostic system supported by VW Group Germany empowers us to perform specific online tasks, many of which are not available using conventional garage equipment.

Without the support of the new online dealer system fitting many components has been rendered impossible for large numbers of vehicle repairers.

Specialised services that the CAR SURGERY can perform on VAG Group vehicles:

Key and Remote Matching Service - Genuine VW key orders are matched on VW Factory servers to your car. Only an online connection to the VW security server can match these genuine parts correctly (online handshaking), without a risk of damage. 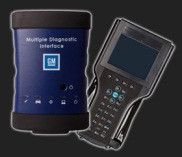 We are pleased to announce that we have gained approval and full access to Vauxhall's online Diagnostic Platform and data.

Being a approved independent allows us to complete many tasks that the majority of garages cannot do.

If your Vauxhall should need Repair or service we are able to offer complete vehicle Diagnostics areas covers are : 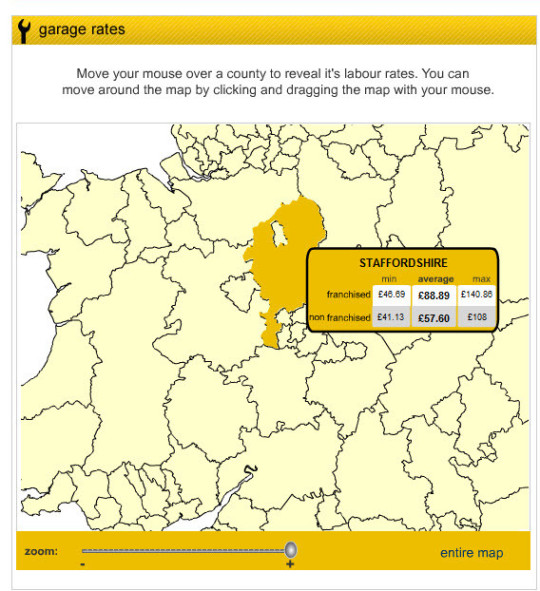 The Legal aspect of DPF removal is it legal or illegal ? " Grey as just become black" 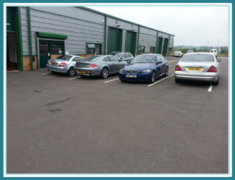 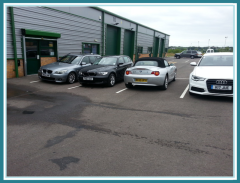 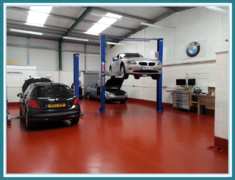 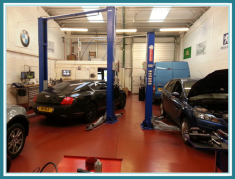 Mini voted the greatest British car of all time

With car production in Britain estimated to hit record levels by 2015, a poll reveals that the original Mini is still the greatest home-grown car of all.

The Mini has been voted the greatest British car of all time, ahead of the Range Rover, Jaguar E-type, Land Rover and McLaren F1.

That's according to a poll carried out by Autocar in response to news that British car manufacturing output is set to eclipse its highest ever level by 2015, when more than two million cars are expected to be built. At present the record stands at 1.92 million cars in 1972.

Last year 1.34 million cars were produced in Britain (more than 80 per cent of which were exported), as increasing numbers of foreign car makers have invested in manufacturing facilities. These include Nissan, which built 480,485 cars at its Sunderland Plant, Land Rover (238,237 at Halewood and Solihull) and BMW Mini (191,474 at Oxford).

Despite many newer, faster and more expensive cars being made in Britain, it was the original Mini that grabbed the title of the country's greatest car in the Autocar poll.

Commenting on the Mini's victory, Steve Cropley, Autocar's editor-in-chief said: "The Mini had many faults and was never profitable, but it rewrote the rules and had the biggest impact on Britain's car industry that any car has had.

"It was one of the most remarkable cars ever built, what with its seating for four plus a decent boot in its mere 10-foot length, revolutionary drive-train and gearbox and its ultra-compact suspension.

"Then there was the whole Mini Cooper thing, and the enormous driving pleasure. The Mini's influence is highly visible in every VW Golf or Ford Focus today, and the legend will live forever."

If you’re in the market for a new performance hatchback, your decision as to which model to plump for just got that little bit harder. The new Ford Focus ST is finally available in UK dealerships, and it’s spoiling for a fight with the very talented Renaultsport Megane 250, Vauxhall Astra VXR and Volkswagen Golf GTI.

There has been a certain weight of expectation on this new model – not only because Ford of Britain’s history is littered with iconic examples of affordable performance masterpieces, but also because the first ST was a very complete package, offering grown-up levels of practicality and refinement, combined with prodigious power and pace. It was also the first model in Ford’s ‘ST’ line-up, which was aimed as a middle ground between the work-a-day diesel versions and the extreme performance of the later RS models. Ford certainly had their work cut out to deliver as well rounded a car with the new model.

Today the first generation Focus ST is available from as little as £5,000, which makes it a seriously tempting proposition. Particularly compared to the £21,995 entry price of the new car. So, should you blow your cash buying new, or make a significant saving by going second hand? Will you be missing out by not having the latest engines and tech? Time to find out…

The biggest difference between the two models is undoubtedly the engines they use. The old car has a 2.5-litre turbocharged five-cylinder from Volvo. Slightly larger than the 2.0-litre units found in rivals, it has masses of pulling power, giving it a more muscular, effortless feel. That unusual cylinder count also produces a characterful, bassy exhaust note, which only added to the ST’s individualistic charm.

The downside was a startling thirst for fuel. Around 25mpg was about as much as you could expect to achieve, with that figure dropping into the early teens if you were on a particularly committed drive. The large engine also made the ST nose heavy – an undesirable trait in a front-wheel drive car – which slightly spoilt the otherwise fantastic driving experience. High CO2 emissions of 224g/km also bring a road tax penalty more akin to a luxury performance coupe, at £270 per year.

While fans may be slightly disappointed by the fact that the new model is conforming to the class norm with a 2.0-litre turbocharged four cylinder engine, it rights the wrongs of the previous motor. Ford is claiming a 20 per cent improvement in efficiency, with the car officially rated at 39.2mpg.  CO2 emissions are also vastly improved at 169g/km – a saving of £75 a year in road tax alone, after the higher first year rate which is currently £275.

Thankfully, and despite the engine downsizing, the new ST develops 247bhp. While it’s not a headline grabbing figure, particularly compared to the monstrous Vauxhall Astra VXR, the ST is still capable of getting from 0-62mph in 6.5 seconds and on to top speed of 154mph (4mph faster than before). It even competes on noise, being fitted with Ford’s ‘Sound Symposer’ system – trick intake plumbing that directs the engine note into the cabin. It works too, with the car having a deep, purposeful thrum, despite the distinctly average engine configuration.

Stand the two cars next to each other and the other major difference you’ll notice is to the interiors. While the new car uses a more contemporary dashboard design, incorporating a Sony stereo system and being (optionally) available with almost every gadget in the Ford arsenal, it feels no-where near as spacious and airy as the outgoing model. Ford itself has admitted that some of the room has been lost in the more design-led interior, and, particularly for taller drivers, there isn’t the lounging room that was abundant in the older car.

Thankfully, the new car gets seats that are very similar to the older car’s. This is good news as they provide the perfect balance between comfort and support, stopping you from getting numb-bum on long journeys, but allowing you to focus on the job at hand on a spirited drive without getting thrown about.

For the first time, the ST can now be ordered in estate form (pictured above), meaning that despite the decrease in interior space, the new car is likely to make a better proposition for families than the strictly hatchback only first model.

A question of taste?

With both cars, the exterior styling modifications are relatively subtle, though that can be changed in an instant if you choose one of the louder paint finishes. It’s the older car which looks the less stylised of the two, with conventional exhaust pipes, a modest roof spoiler and chunkier bumpers the only real clue to the performance under the bonnet. The new models centre exhaust piece and gaping grilles will certainly attract more attention, which may or may not be a good thing.

Which car suits you best will ultimately depend whether you value cutting edge-efficiency and performance, or a car that ultimately stands out for being different. Objectively there is no doubt that the new Focus ST is a better car than the one it replaces, but in downsizing its engine, a lot of the charm has been lost. The first generation may be less technologically advanced, dynamically capable and thirstier, but importantly it feels special. And what price can you put on that? Well, £5,000

Audi will build a four-wheel drive version of its A1 supermini, complete with a 252bhp turbocharged engine. Taking the idea of a hot hatch to all-new levels, Audi has released the first pictures of its latest A1, which comes complete with quattro all-wheel drive and a 2.0-litre turbocharged engine producing 252bhp. Audi says that it is staking a claim to build "the most powerful and fastest accelerating car of its kind ever created", which it should achieve thanks to peak power at 6,000rpm being backed up by 258lb ft of torque between 2,500-4,500rpm. As a result, 0-62mph can be covered in 5.7sec, while the top speed of this pocket rocket is 152mph. The petrol engine, taken from Audi's own S3, features high pressure injection, an adjustable intake camshaft and twin balancer shafts, and is mated to a six-speed manual gearbox. In normal driving conditions the three-door A1 quattro can return a claimed 33.2mpg on the Combined cycle, with most of the engine's power sent to the front wheels. However, an electronically controlled and hydraulically actuated multi-plate clutch (located on the rear axle to help manage weight distribution in what, despite being 33mm longer than a standard A1, is still a small car) can send power to the rear wheels in milliseconds if sensors detect it is required. In addition, an electronic differential lock can brake one wheel on either axle if it detects it is losing grip. Production of the A1 quattro is limited to just 333 models, each of which will be finished in Glacier white metallic and be available in left-hand drive only.